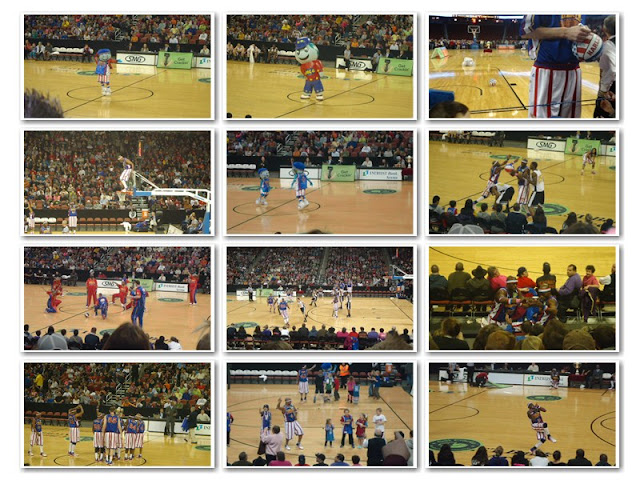 Well hopefully you can see the pictures above.  I have been trying to find a free collage/slide show maker online, but the ones I am finding are not very good.  Photobucket took the feature away!  Anyway it's been one very busy week, and another starts tomorrow.  I had to take Austin to a college university Wednesday to register him for a Science College course!! YEP you read that right, my 15 year old is going to college.  I get that it's only one class, but he gets credit for it and will give him an awesome opportunity to get a feel for college life.  Thursday he had a swim meet which went very well.  His high school has never had a boys swim team until this year!  So they are a very small team, I think in all there is about 12!  At these swim meets, the other teams are huge!!  20 or more kids.  Well this past Thursday only 5 of them showed up.  Some had other things they could not get out of doing, one got into a fight, and one had a bad grade, so hopefully they all can make it back before this season is over.  Anyway for only having 5 kids, they did really good!!!  This is what happened to Austin when he tried getting out of the pool....

When he walked over, they were both bleeding pretty good, so we got them cleaned and bandaged up, and thankfully it stopped bleeding by the time he was ready for his next race.

Friday night is when we went to see the Harlem Globetrotters, Austin has seen them before, but Aiden hadn't and his little face was lit up most of the time.  It was really fun, they are very entertaining and very good at what they do.  Aiden got a basketball and got a couple of autographs.  I think our arena needs to be better organized when letting the fans come up to get autographs.  It was a mess, We stood in line for one guy, and these parents would push us out of the way, finally I would not let it happen again, I would hold my arm out in front of them and say no you will not push my son and I out of the way.  Some got pissed, but I didn't care, I know we all wanted our kids to get autographs, but you don't shove and push other kids out of your way!!  No wonder the kids think they can do it too, they see mommy and daddy doing it, so why not them.  After the second one, I said enough!!!  There was only about 5 minutes left of autographs.  I don't blame the Globetrotters, but maybe they should just "pre-sign" items ahead of time.  I think our arena failed big time on that one.

Saturday Austin had an invitational swim meet, lasted over 6 hours!!   there were 87 heats!!!  OMG it's not natural to sit on those bleachers for 6 hours!!  Austins team did amazing!! Each kid cut seconds off of their times.  AJ came in second place in the 100 yard Butterfly!  He also cut 20 seconds off of his old time!!  I was floored to see him cut that much time!  I am so proud of him.


I keep getting asked if I have made any New Year Resolutions.  Well I could list off the many that I always make every year, but I never really kept any of them..........but I will make just one.........

That I think sums it all up in 3 words.
Posted by Dragonflymomof2 5 comments:

Looking back over 2012, Here are just a few of the highlights.

Both boys winning medals and trophys at their very first TaeKwonDo tournament.  They have been to two this year, and both did amazingly well!  Aiden is now a Green Belt and AJ is a Blue tip, they should have them tomorrow.

AJ getting accepted into a Science college course!!  He had to write a short essay about why he thought he needed to be accepted and he got in.  So later this month, he will go one day a week to a local college and start receiving credits!

AJ also joining the Swim team in high school.  I am always happy to see him do extra activities that will help his chances of going to college, which is also what his second language will do, as well as JROTC, which he has advanced up in ranks.

Aiden doing so well in school.  He is so smart and is with the top of his class.

Aiden is growing up into such a handsome, intelligent young boy........I am so grateful to have both my sons, I think about how many times I thought about having kids when I was younger, most of my younger years were spent thinking I never be a mother, I'm not sure if it was I thought I wouldn't be good at it, or the change of being a mother was scary.  During my first pregnancy, I went through a lot emotionally and physically.....I was scared beyond all belief.  I had no idea of what being a mother was..........but when AJ was born, and I saw his face for the first time, it was like no other feeling in the world, he was so beautiful, so perfect, so precious!!!  I knew then that no matter what I was going to love him more than life itself........my whole life changed.


Posted by Dragonflymomof2 No comments: