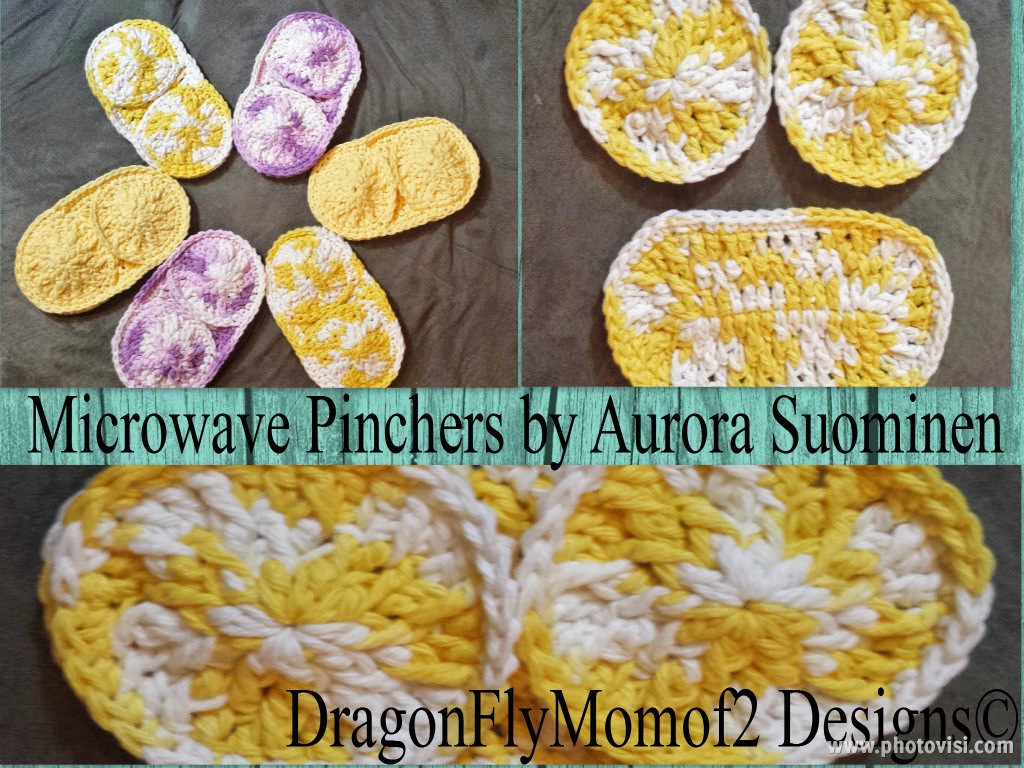 Assembly:  This is basically your own interpretation of how you want your pieces together.  Keep in mind that your st counts might be off from mine, don’t worry about that.  Just remember that you do not want to work too much into the circle piece, as you want to make sure you have plenty of room when using it.    You will be working through both pieces, how I put mine together was this:  With right side facing you, and using your marked st, place one circle on the left side of your base, insert hook into a st that matches up with your marked st on base, and thru marked st, Ch1, sc in same st, and into next 20sts, then sc in 5sc of the base, put your next circle onto base and working through both pieces, sc in next 21sc, sc in last 5 sc of your base, join to the first sc.  Fasten off, weave in ends.

Personal use only, no pattern reproductions, selling or copying allowed.  Pattern available for download on Ravelry.  "Dragonflymomof2" http://www.ravelry.com/designers/aurora-suominen 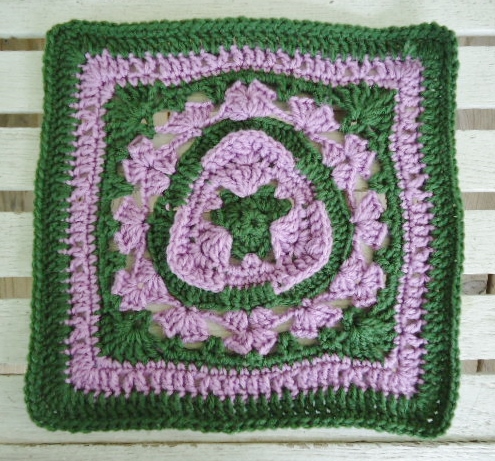 “CIC AUGUST MOON”
Designed by: Aurora Suominen, Amy Carlson, Kathy Joelsen  Copyright © 2014 All rights reserved.
12” SQ with an H Hook & Worsted Weight Yarn in your choice of colors. A & B


Measure your square and determine if you need a sc, hdc, or dc round for 14.  I did two different sqs using similar yarns and had to do a sc for one, and a dc round for the next.

Terms of Use/Licensing: Finished items for personal use/sales only.  NO Internet or commercial sales allowed.  Multiple designers took place in the overall design of this pattern, which  is from our “Designs on a Hook Challenge”;  for more information about this & other patterns please see http://myblueangels.blogspot.com/
Pattern available for download on Ravelry.  "Dragonflymomof2" http://www.ravelry.com/designers/aurora-suominen
Posted by Dragonflymomof2 No comments: