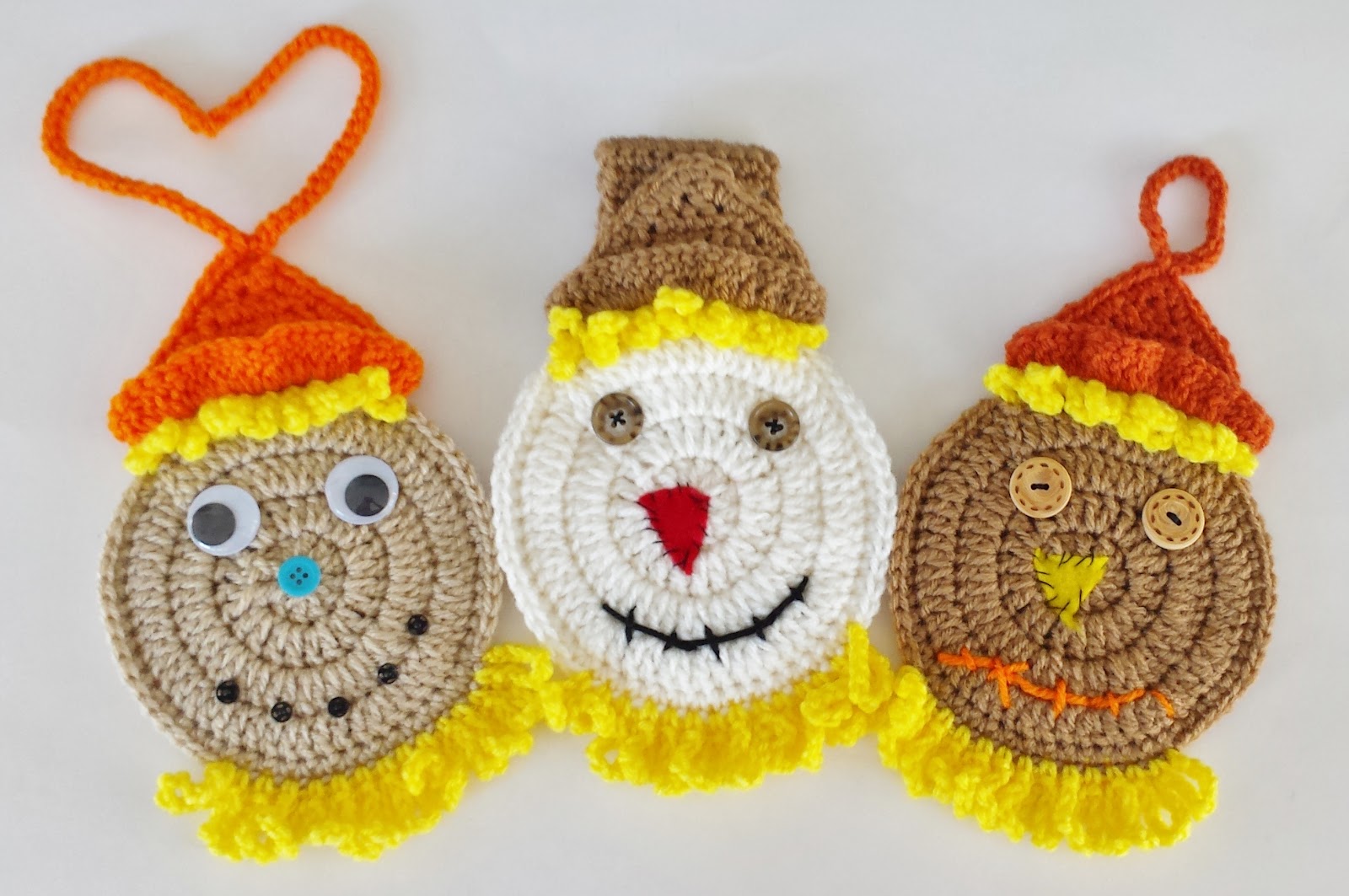 Work the same as back, but DO NOT fasten off at end of rnd 3.

Place wrong sides of both pieces together, with right side of front circle facing you, work through both pieces.  This is now the Rs, and the back piece is the Ws

We are now working the hat, which is worked behind the brim.

Hanger:  3 options, 1st and 2nd options are done when doing the border for hat

Tie Option: (As shown in 1st scarecrow of picture above)

Hanging Loop:  (As shown in 3rd scarecrow of picture above)

Ch20, join in same st of hat.  If you want to reinforce your loop, slst around the lp, fasten off, weave in your ends.

Hanger W/button:  (As shown in 2nd scarecrow of picture above)

Attachment: Sew your button where you want it, I placed mine over rows 4-6, then decide on your placement, I sewed rows 1-7,  with row 1 at the top of rnd 2 on back of Scarecrow, I also sew part of the hanger onto the hat to give more stability.