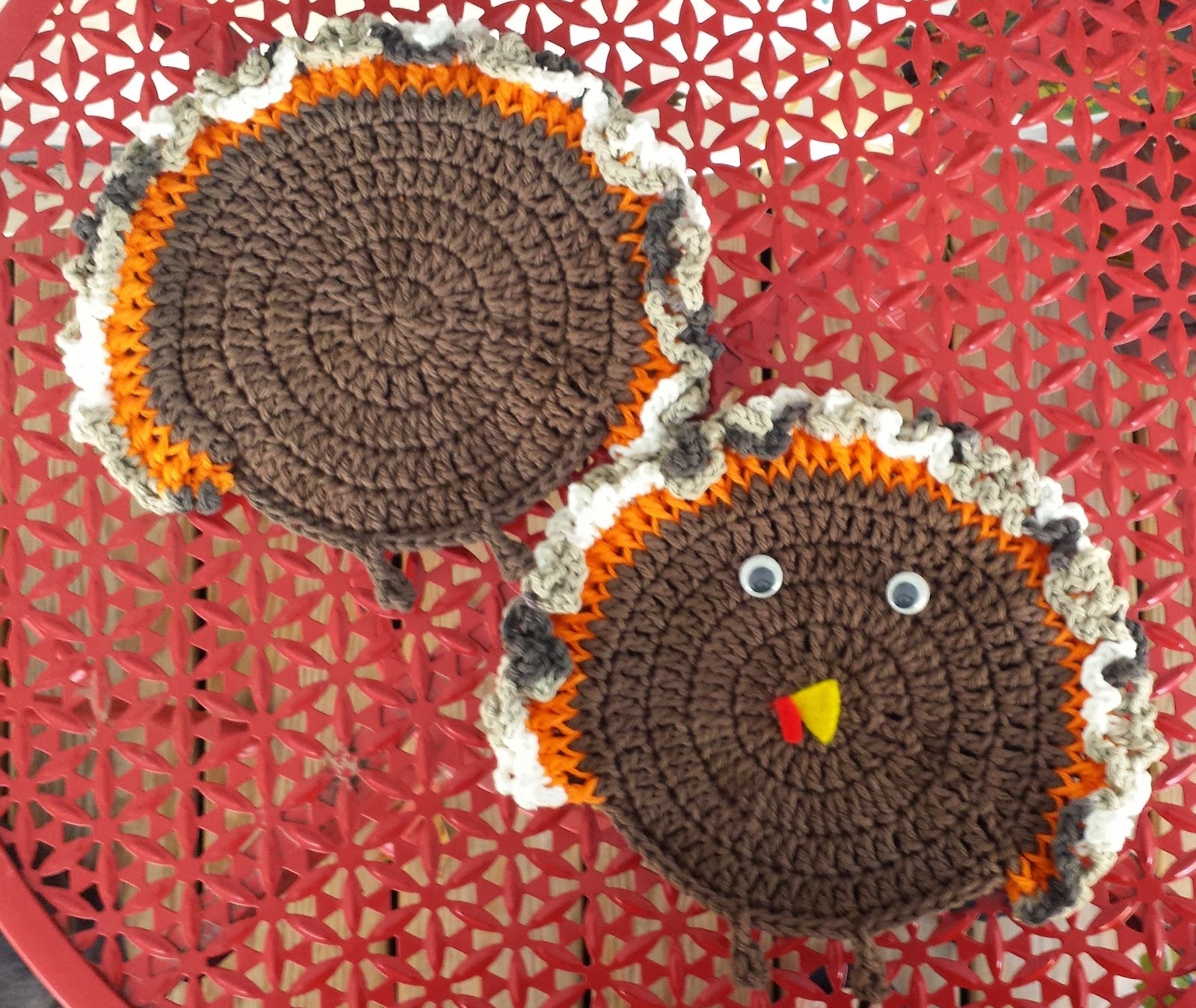 This rnd is the starting of the feather rows.

W/wrong sides together, work through both pieces now,

This row is worked behind the ch3 lps

Wattle: Ch6, join to form a ring.  Fasten off, sew on in the shape of a wattle, not a circle.