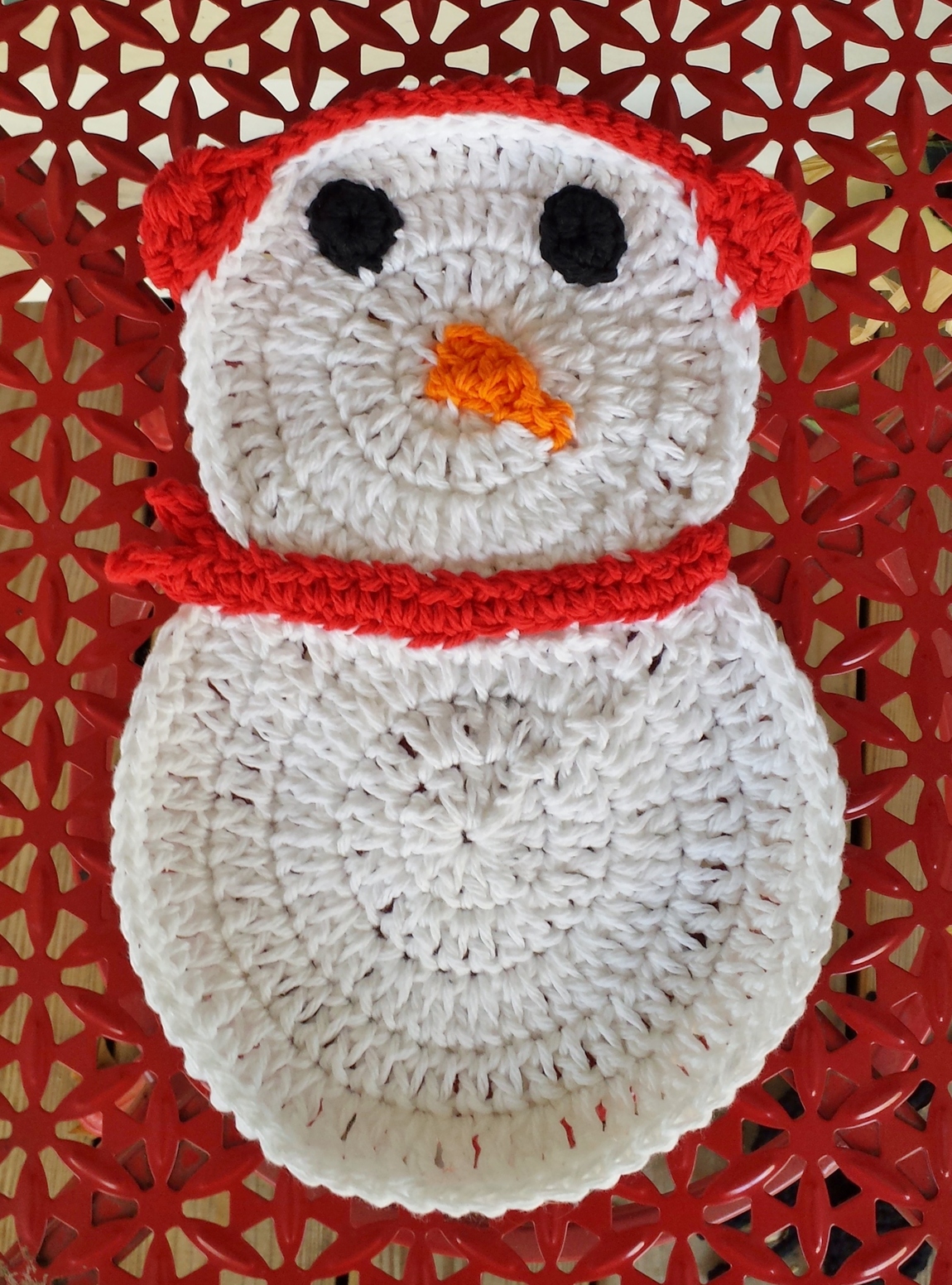 W/right side up, overlap head onto body.  Match rnd 4 of head with top of rnd 2 of body.  Sew head to body, pull yarn to back to  sew the back part too, so there is no gap. Weave in ends when done. 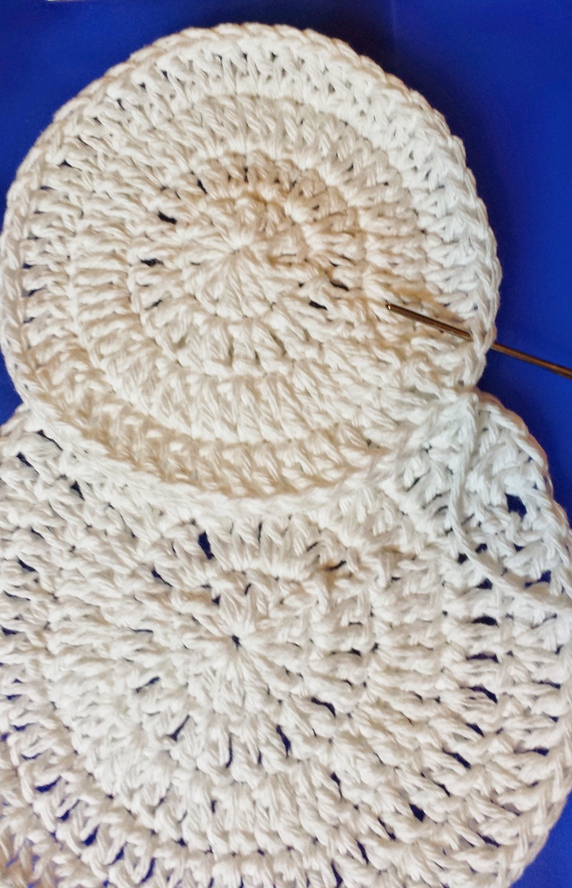 Next rnd is an estimate, you may have more/less, below is what I worked. See pic above, see yarn needle?  This is where you join yarn.

Attach your ear muffs to the top of your snowman, eyeball where you think it should be, and you might want to use bobby pins to keep in place while sewing on.

Row 1: Ch41, sc in 2nd ch from hook and each ch across.  Fasten off and sew onto snowman around neck area.

If you want buttons you can use eye instructions.

Ch5, slst in 2nd ch from hook and next ch, hdc in next ch, 2dc in last ch, fasten off and sew onto snowman.