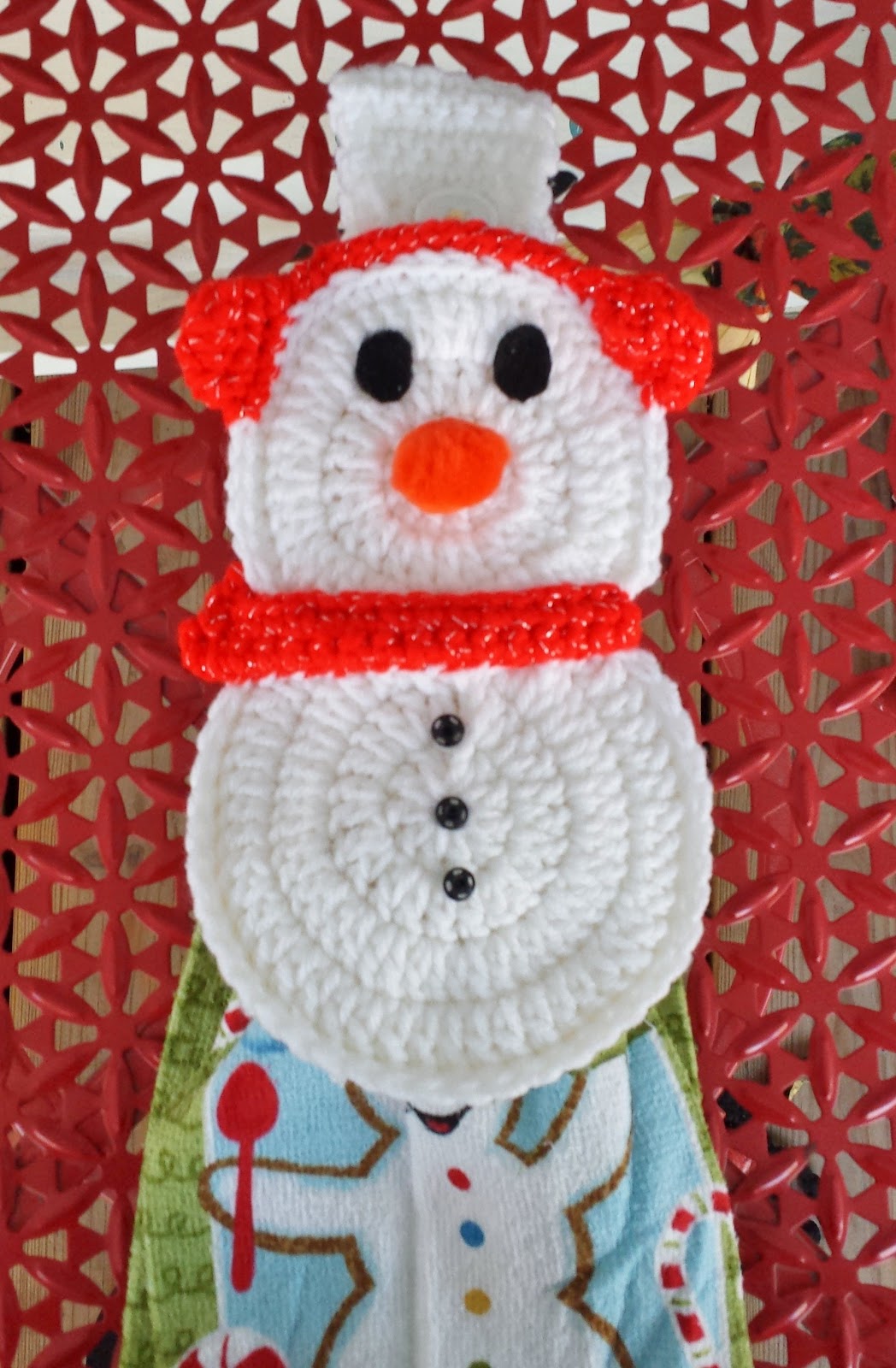 W/right side up, overlap head onto the body.  Match rnd 3 of head with the top of rnd 2 of  body.  Sew head to body, you might want to remember to sew the back part too, so there is no gap. Weave in your ends when done.

Attach your ear muffs to the top of your snowman, eyeball where you think it should be, and you might want to use bobby pins to keep in place while sewing on.

Row 2:  Sc in each st across. Fasten off and sew onto snowman around neck area.

You will need determine where you want to place your hanger and how you want your button, in the front or back.  How I did mine was this: I like the button in front as it’s  easier to button.  I attached row 1 of hanger to about the middle of rnd 1 of  head piece,  I then attached my button between rows 8-11.

Row 2: Sc in each st across, fasten off and sew onto the body near the bottom.

If you want buttons, use eyes.