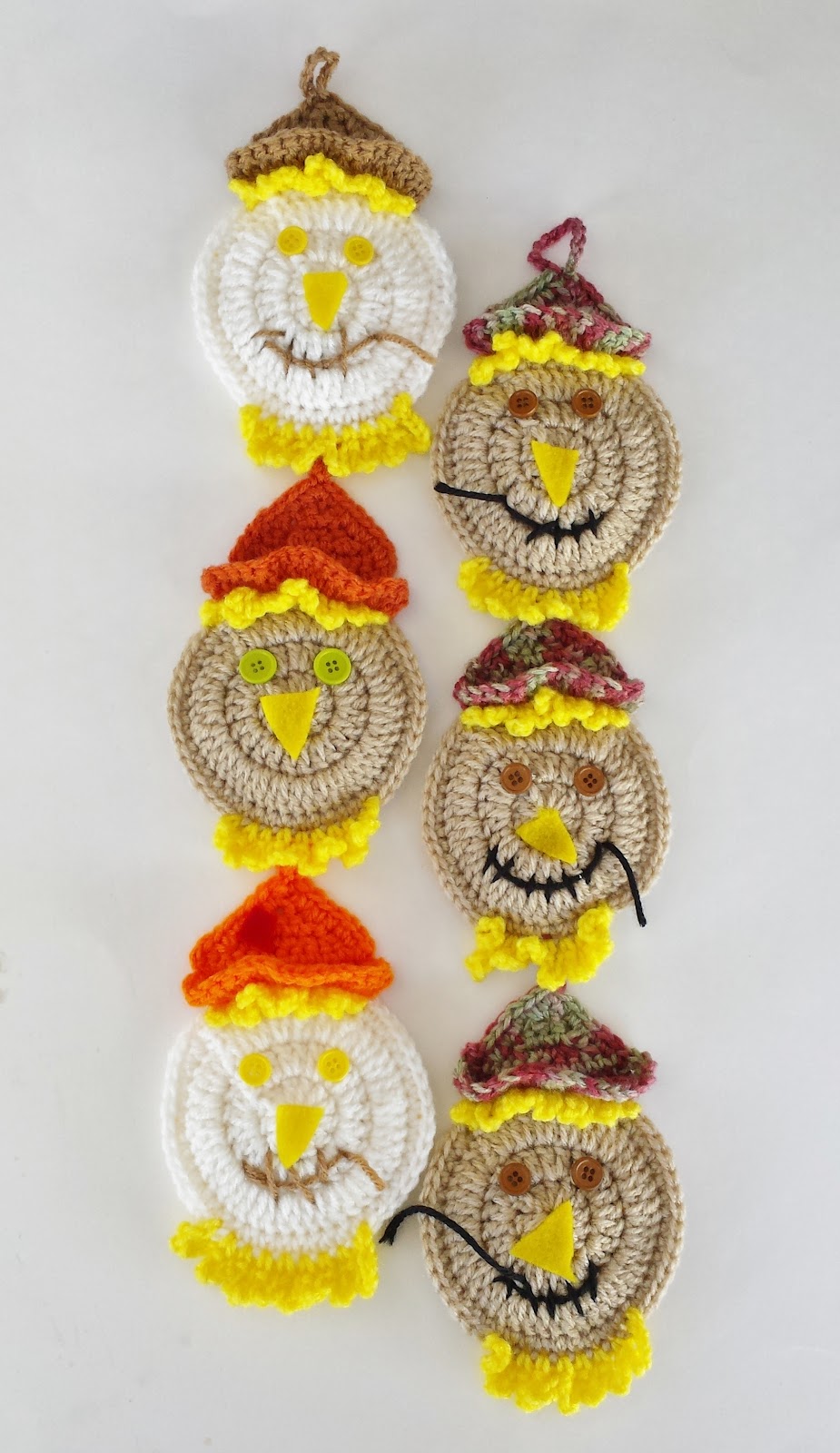 Work the same as back, but DO NOT fasten off at end of rnd 3.

Take one of your back pieces and place wrong sides of both pieces together, with right side of front circle facing you, work through both pieces.  This is now the Rs, and the back piece is the Ws

We are now working the hat, which is worked behind the brim.

Repeat the “bold” instructions above,  Ch8, sc in 2nd ch from hook and next 6chs, slst in same sc of hat, ch1, turn, slst up the ch, fasten off, leaving enough tail for sewing.

The ch8 you worked at the top of 2 of the hats will be what you sew to the back of the scarecrows. Turn your scarecrows so the ws is facing you, take your “tail” and place it on the back of a scarecrow, make sure it’s between the 4th and 5th loops of the neck straw, sew “tail” onto back of scarecrow 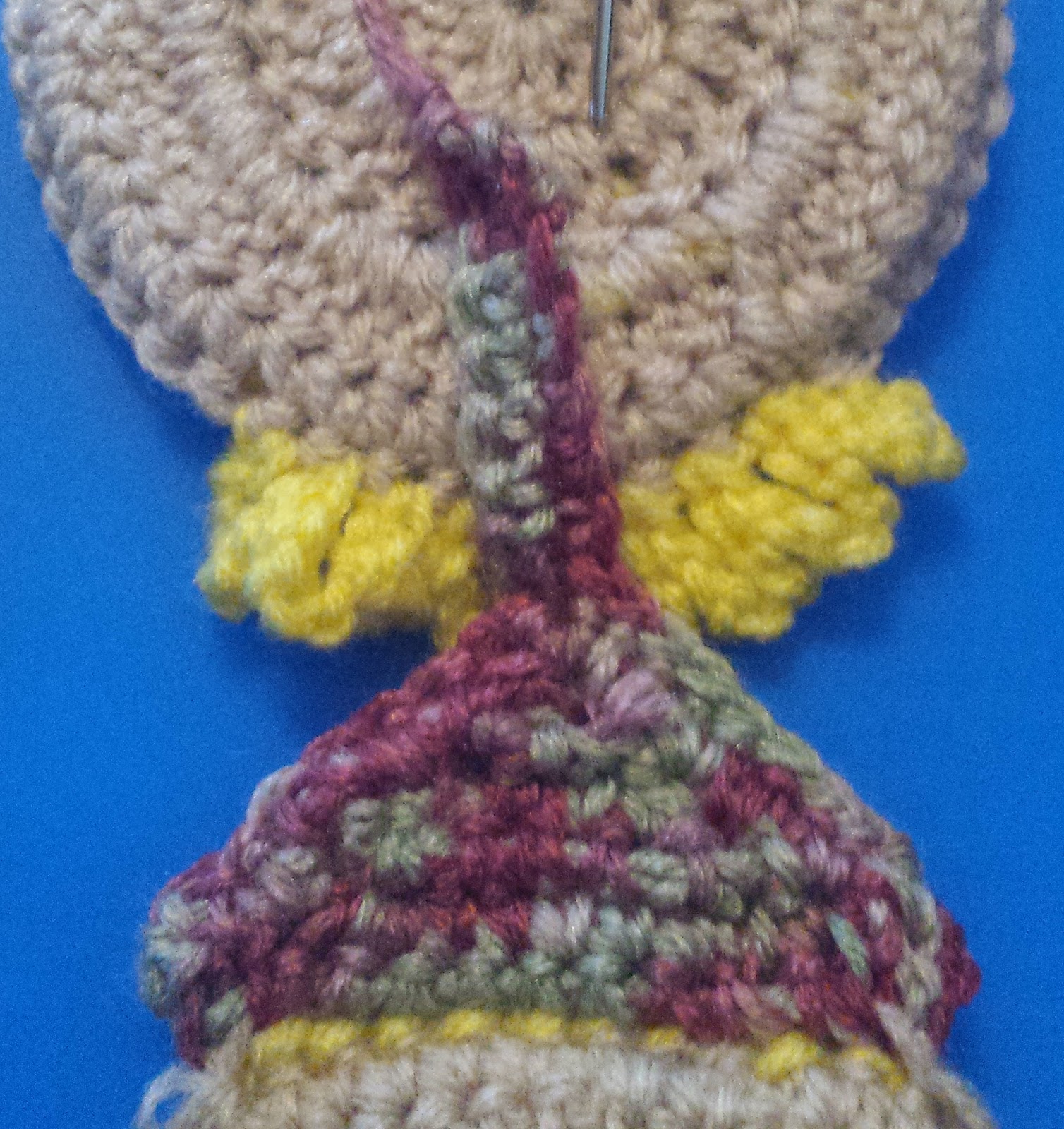